Lady of marriageable age with two young boys, in need of husband. I am a good cook and hard worker.

Victoria Eastman grew up in an Abilene saloon–an experience that made her tough, resourceful, and determined to forge a new life. So she places an ad in a western newspaper and soon finds herself a suitable arrangement on a farm in Promise, Wyoming. Only problem is that her would-be husband turns up dead the day she arrives.

Rancher Colt McBride is known for his true grit and business intellect. Yet when it comes to his new neighbor, Victoria, he’s stumped: Who is she, really? She’s a beautiful woman, and has proven herself a gentle soul. She’s even causing him to question his staunch bachelorhood. But any kind of future may be shattered when a stranger reveals a secret about Victoria’s past–one that could destroy them both. Unless, together, they can take a leap of faith–right into each other’s arms. . . 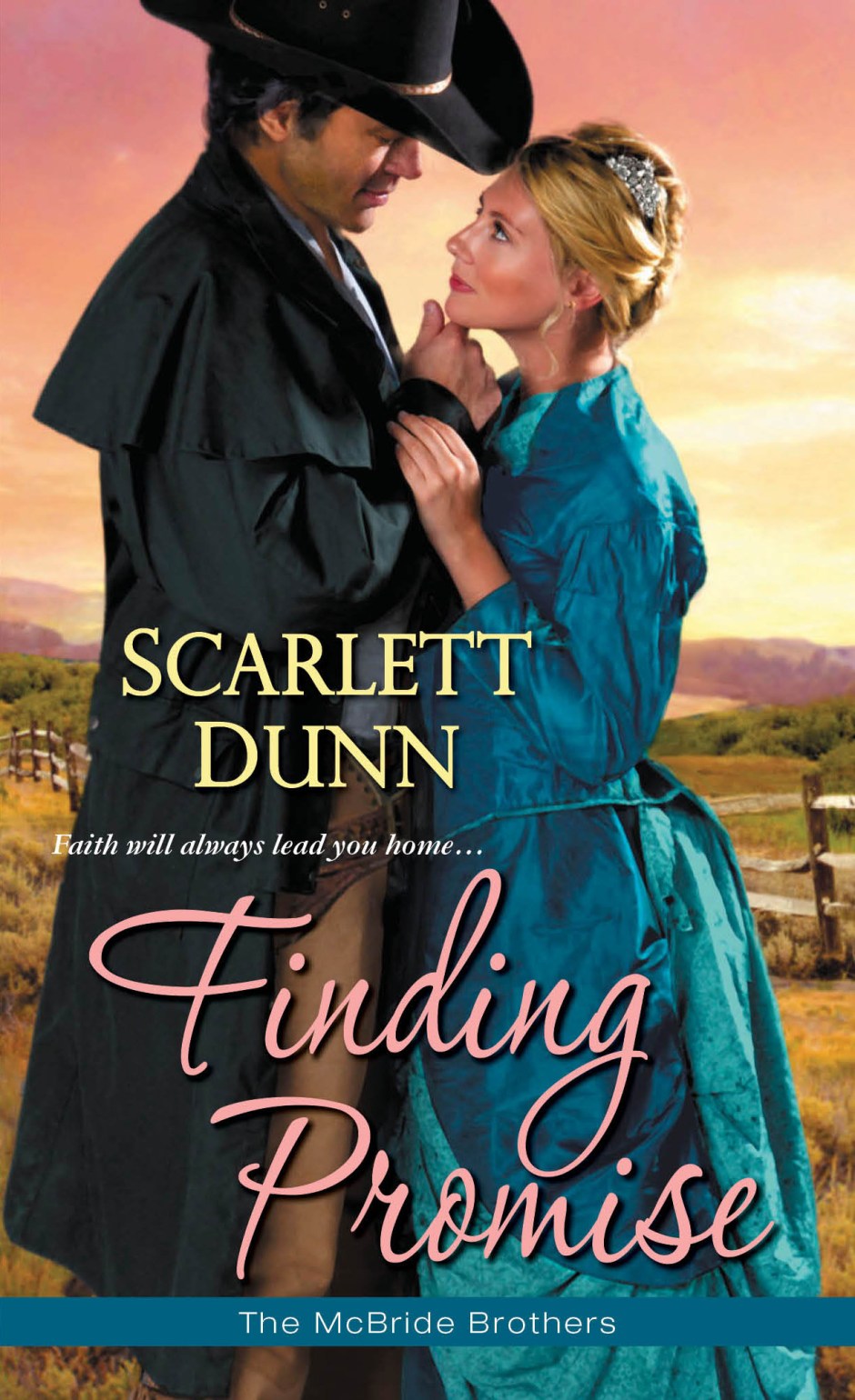 Named by Booklists at one of the Top 10 Inspirational Books for 2015!

A trail of danger and dreams… She may be an heiress, but Parker Promise Sinclair cares more about living an adventurous life than snaring a suitable husband. So it’s no surprise when she joins a Colorado wagon train–only to survive a massacre that leaves her with no memory, a target on her back–and her abiding faith tested by the only man who can possibly protect her.

His gunfighting skills and trail savvy have saved U.S. Marshal Jake McBride more times than he can count. And his instincts tell him the only way to keep Promise alive is to take her along on his high-stakes cattle drive. But she soon proves she can ride and shoot with the best of them–and Jake finds it increasingly difficult to keep himself from falling for her. Soon, with danger closing in, they’ll have only one chance to face their doubts, their fears–and their growing love… 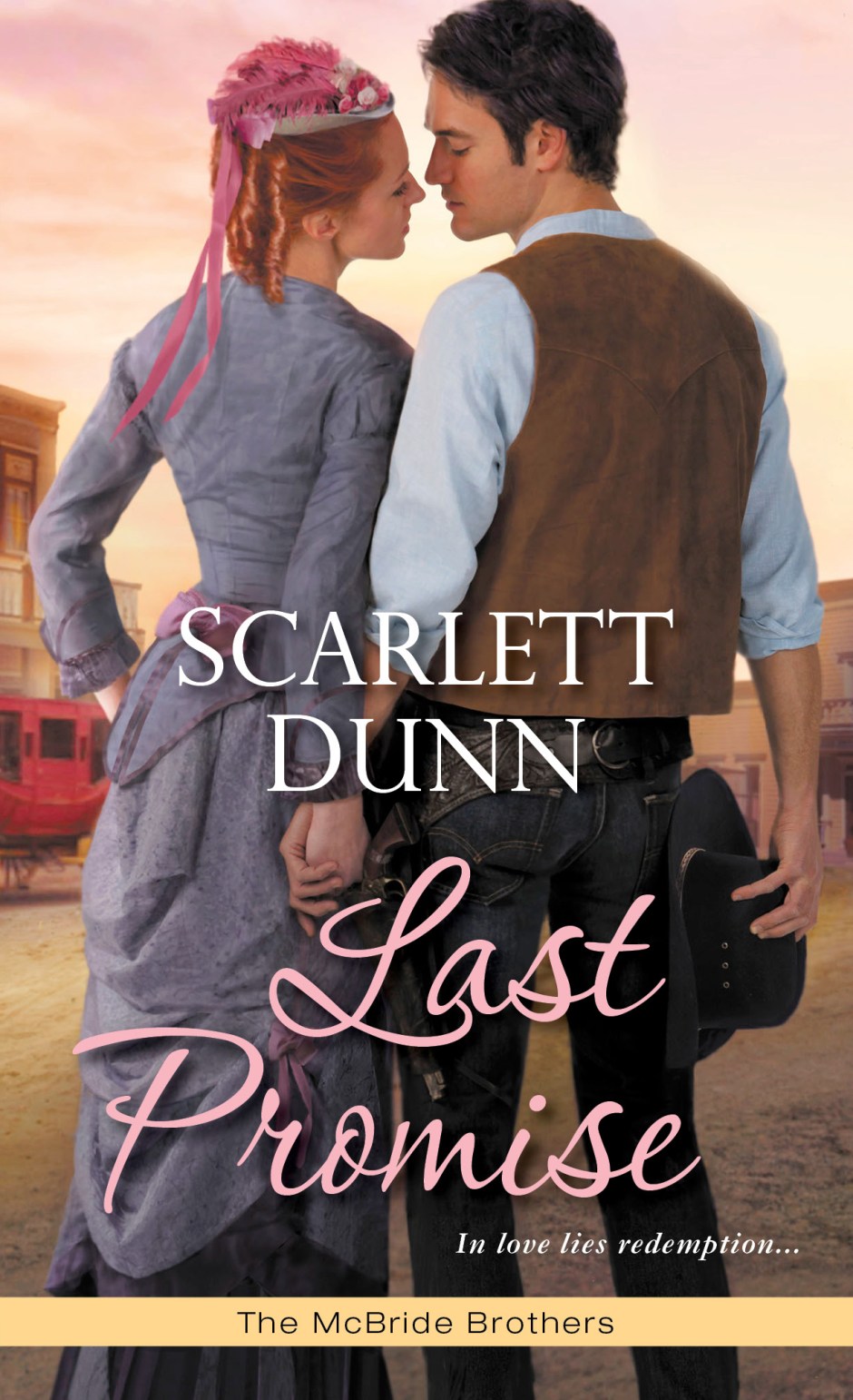 The heart always finds a home… For British heiress Mary Ann Hardwicke, the Wild West is the perfect place to make her own life and escape the stifling privilege of an arranged marriage. Hard at work proving her independence, it’s little wonder she has no time for handsome cowboy Luke McBride. No matter that he somehow understands the freedom she so badly needs—how could she trust such a wild spirit, much less find a way to love him?

Like the broncs he busts, Luke doesn’t see himself settling down in one place, let alone with one woman. So at first, Mary Ann is just an intriguing challenge. But her determination and bravery are sparking a longing to prove he can be the truly good man she deserves. Now as their enemies work to separate them, they will take a dangerous gamble on faith to claim an enduring love…

“Promise is a brave, resilient heroine of faith…[in] Dunn’s subtly inspirational western romance. Finding Promise follows Promises Kept in Dunn’s McBride Brothers series; libraries will want both and those to follow.”– Booklist STARRED REVIEW
“Marshal Jake McBride is the quintessential romance hero: strong, fiercely loyal to his family and dedicated to justice.” – Publishers Weekly
“An enjoyable historical romance with charming characters. While some of the characters have more grit than grins, it’s interesting to see them interact. The storyline is believable and flow smoothly, with nice twists and turns. Dunn is a talented author who gives fans what they expect in historical romance.”– RT Book Reviews

“It is bittersweet when a series ends; questions are answered, readers are reunited with beloved characters. Mary Ann was a favorite; she defied her family and society to explore the Wild West and to prove she could take care of herself. Dunn in a talented author who has brought new and refreshing ideas to the historical romance genre.”– RT Book Reviews, 4 Stars
“The banter between these two free-spirited characters had me smiling bigger and bigger as I turned each page. I didn’t want it to end!” Carey Ostergard, First for Women Magazine June 2016
“For those who want a little historical romance and bad boy cowboys, this is the perfect read.” Amy Phelps, Parkersburg News and Sentinel May 2016